The Babylon Bee is known for the humorous and satirical work. Their pieces are written in such a way as to enlist the reader’s mind to the ridiculous idea of what it would be like if the opposite were true. Or, at least they want people to think. There just might be some truth to what they are publishing that causes people to think outside the box enough to see the damaging truth that is hidden in the darkness.

Their latest piece of truth on the Democrats was about the death of the Iranian General Qasem Soleimani. The piece of writing stated that the Democrats wanted to take the American flag and fly it at half-staff to show their support for the terrorist general. One former CIA analyst stated that some people read such work as if it is true. But with the Democrats, anything could be true such as this funny piece of work to show how far gone they have become. The analyst stated:

“Some family members just called bc their Republican friends on FB are circulating it like it’s legit. We have a lot of work to do, all.”

This person would love to have everyone believe that the Republicans are the ones circulating such fake stories, but the Republicans are not stupid. They are circulating such stories and laughing all the way because of the fictional nature of them. There might be a reason why a “former” analyst would believe that the Republicans would believe such nonsense. Republican’s check their facts and only pass along stories that are proven to be true. Unlike the Democrats that have been known to publish non-related pictures to tell a fake story.

The Babylon Bee story has been shared over 500,000 times on social media alone. It would not surprise anyone if a Democrat actually would call for such a request at some point in the future. The long-time support of Iran by the Democrats is seen in the way that the progressive Democrats are acting as the death of this murderer has gotten out. The work that has to be done is to educate the analyst that Republican’s and level-headed people do not believe the silly cartoons of the Babylon Bee. They enjoy them.

The Babylon Bee makes fun of the loony liberals and their followers. They went on to fabricate a quote from Obama that stated “To think, this all could have been prevented with a few pallets of cash. If only Trump had targeted a U.S. citizen with a drone strike instead.” The truth here is that the Democrats believe that money is the driving force and if enough money is given to people, then they will simply stay in the shadows.

The comments coming about the death of the murderer are coming from uninformed people. They do not understand that Iran provoked the United States to action when they attacked the embassy in Iraq. One such person is actress Rose McGowan who lives in her own little world actually stated that “Dear #Iran, The USA has disrespected your country, your flag, your people. 52% of us humbly apologize. We want peace with your nation. We are being held hostage by a terrorist regime. We do not know how to escape. Please do not kill us. #Soleimani.” She certainly does not speak for the other 340 million citizens of the United States.

The work by the Babylon Bee is simply too funny not to share. They are so close to the truth on this what it is hard not to take it as truth. There is enough truth there to start an investigation into the truth of how the Democrats feel about the death of the tiny general. Some Democrats are crying that the attack was nothing more than a distraction to get everyone’s attention off the impeachment. But this claim is simply the Democrat trying to pull everyone’s attention back to the issue. The truth is that the impeachment has been seen as a witch hunt and that is why no one is taking it seriously anymore. The Democrats have done made fools of themselves.

(Liberty Bell) – Ever since the news about President Trump’s now infamous phone call with the president of Ukraine became known through a whist ...Read More

(Liberty Bell) – Democrats who hinged all of their 2020 election hopes on the impeachment and removal of President Trump from office are start ...Read More

(Liberty Bell) – For anyone with more than one fully functioning brain cell who has been keeping up with the impeachment proceedings against ...Read More

(Liberty Bell) – It’s hardly news when Hilary Clinton lies or says something so stupid it leaves you unsure it was a lie or if she’s delusio ...Read More 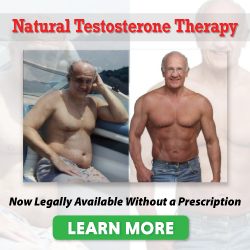 AOC Pushes the “Center-Conservative” Party Further to the Left

Man Kills Lifelong Friend Because He Was Pro-Trump, and It Gets...