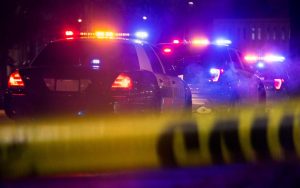 (RightWing.org) â€“ America has seemingly engulfed itself in flames after the death of George Floyd. Protests continue with some turning into riots. Proposals on how to prevent another tragic death like Floydâ€™s are being put forth.

One of those suggestions is the call to reform police departments at large. But do they need a reformation?

Thereâ€™s no doubt that a police force is required to keep order in a society. Even many among the Left would agree with this in spite of some calls being made to defund or abolish the police force entirely. Those dissenting voices can, perhaps, be chalked up to being the vocal minority.

Many agree there are plenty of good cops who simply want to serve and protect their communities and not impose excessive force. This has been aptly demonstrated with certain police departments marching with protesters under the condition that thereâ€™s no rioting or looting. Clearly, itâ€™s possible for all sides to come together in civility without destroying towns and cities in the process.

Still, some people see the current state of American police departments as unacceptable and in need of drastic reforms. Campaign Zero, an organization working with Black Lives Matter, compiled a list of proposed reforms for all police organizations.

Thereâ€™s even been an emergency meeting by the Minneapolis city council to vote on immediate reforms. Minneapolis is where the George Floyd incident took place, so changes to police protocol in that city could make sense given the circumstances. The reforms listed above, however, are being pushed for implementation in all police departments across the nation.

On the flip side, some Americans see the police force as a whole as being in good shape.

The problem isnâ€™t necessarily the institution itself, but rather some of the officers. There will always be some troublemakers or people putting themselves in positions they shouldnâ€™t. There are certainly problems, but they could be solved without a drastic overhaul of the police system.

To them, a few bad apples in the bunch doesnâ€™t mean the basket itself needs to be changed.

Not everyone agrees on exactly what should be done to prevent bad police behavior from happening. Some are in favor of total police reform. Others believe we can just work within the system; that we need to ensure we have good officers and to properly train them. Do you think police departments need to be reformed?