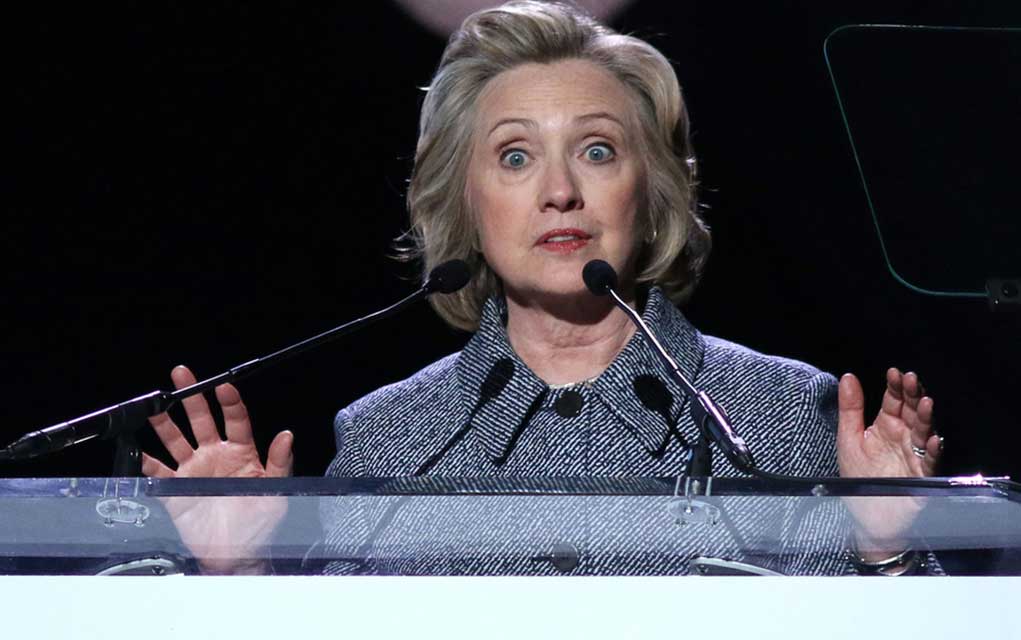 (RightWing.org) â€“ The DNC presidential race has, to put it kindly, been a disaster. The field was too big from the beginning and now the presumptive nominee, Joe Biden, is undergoing relentless scrutiny. There have been doubts about Bidenâ€™s success since he announced his campaign, and now those doubts are only growing stronger.

For months, there have been whispers and rumors someone else will take Bidenâ€™s place as the nominee, in spite of the delegate count. It could be a new presidential-hopeful that enters the race or it could be the DNC nominates someone else in place of Biden, if thereâ€™s a brokered convention. Either way, thereâ€™s one name that keeps cropping up as the DNCâ€™s potential replacement candidate: Hillary Clinton.

Through whatever means necessary, will Hillary be running against President Trump come November?

Joe Biden was put forth by the Democrats as the â€œsafeâ€ option to contest President Donald Trump. Sen. Bernie Sanders (I-VT) was seen as too radical and the rest of the field struggled to reach viability levels as demonstrated by Super Tuesday. Eventually, Sanders, the last holdout, suspended his campaign to endorse Biden, and it hasnâ€™t been looking good for the former vice president ever since.

Bidenâ€™s enormous number of gaffs and his struggle to generate excitement among voters only hurt his chances of winning in November. Now, thereâ€™s a great deal of controversy regarding sexual assault claims against him. With a deeply-divided Democratic party, Biden being the â€˜chosen oneâ€™ to reunite the Left seems unlikely.

All the while, Hillary Clinton has been lurking in the shadows offering commentary while searching for an opportunity. Her recently-released documentary â€œHillaryâ€ recounted her defeat in 2016 and was partially used as a smear against Bernie Sanders.

Whatever her true intentions, Hillary has been working to support whoever the Democratic establishment prefers the most. Sheâ€™s endorsed Biden, though that doesnâ€™t discount the possibility sheâ€™d enter the race. Back when billionaire Michael Bloomberg was still in the race, she was reportedly eyeing a vice president position with either Bloomberg or Biden. Hillary also stated in late 2019, sheâ€™d consider running for president again, if she thought she could win.

There are still votes to tally up between Biden and Bernie, though it seems unlikely that the latter will obtain enough votes to force a brokered convention. Still, Hillary could technically enter the race and she might even have a better chance at reuniting the fractured left. Whatever happens, itâ€™ll almost certainly be what establishment Democrats deem to be their â€œwinning strategy.â€

While Hillary did lose to Trump in 2016, from the Leftâ€™s perspective, she might be the best one to take him on this year. Thatâ€™s not to say sheâ€™d win, just that Biden is turning out to be a notably weak candidate. Do you think Hillary Clinton will end up joining the 2020 presidential race?

Can Biden Handle the Task at Hand? I Highly Doubt It

Guatemalans are Lining Up for Biden’s Sweetheart Deal