Poll: Will Iran Play Ball With the US? 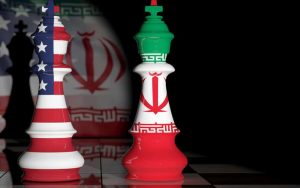 Every world leader is on edge right now thanks to the volatile events taking place in and around Iran. Trump and Iran have traded diplomatic blows for weeks over the recent attack on two oil tankers in the Strait of Hormuz. Will Iran play ball with the US, or will these incidents escalate into an all-out conflict?

Iran denies any responsibility for attacks on the oil tankers, but US intelligence believes that all signs point to Iranian military as the acting party. Evidence includes blurry black and white footage of the Iranian navy removing an unexploded mine from the side one ship. Many points of evidence remain ambiguous, so we can only infer what truly happened to the oil freighters.

Then, Iran shot down an unmanned US surveillance drone over Iranian airspace. Trump nearly launched a decisive strike against the country until he was informed of the estimated 150 civilian casualties it would cause. He pulled back minutes before, imposed sanctions on Iran and said he was still open to negotiations if they still want to talk.

Since then, Iranian officials have bashed the president and his administration for being short-sighted an “mentally retarded.” They have yet to commit any acts of aggression, but they’re clearly unhappy with Trump’s actions. Tensions are still extremely high and it’s unclear what Iran’s next move will be.

This Is What Other People Think:

Poll: Will Iran Play Ball With the US?

Is Iran going to come to their senses and open up a peaceful dialogue? The US has given them plenty of opportunities thus far and we’re still waiting for a response.

Tell us what you think! We want to hear your opinions in the comments below!

(Liberty Bell) – For months, Democratic politicians have been urgently warning us to socially distance. They have wanted us to remain at home, with ...Read More

The Complete About-Face Democrat Leaders Have Done On “Social Distancing”…Did You Notice?

(Liberty Bell) – There’s never been a time that our nation has more sorely needed unity. This year has been devastating for national morale. We beg ...Read More

(Liberty Bell) – As cities across America erupted in riots and looting in response to the killing of George Floyd at the hands of a Minneapolis pol ...Read More

Watch: Harrowing Footage Of Protests Outside White House Which Led To Lockdown

(Liberty Bell) – President Donald Trump’s first term will go down in history as one that witnessed the deepest degree of corruption coming out of W ...Read More

Powell Explains Exactly Why The FBI, DOJ Had “No Reason Whatsoever” To Investigate General Flynn

(Liberty Bell) – There’s something the Democrats and the mainstream media want you to know about George Floyd’s death. Virtually everyone, regardle ...Read More

Watch: Trump Powerfully Denounced George Floyd Killing, So Why Did Maxine Waters Say This? So Shameful…