Poll: Will the Economy Reopen by June? 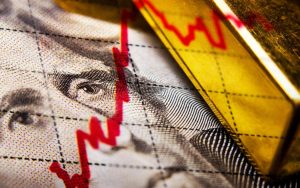 (RightWing.org) â€“ If one thingâ€™s clear about this pandemic, itâ€™s that America canâ€™t go on with businesses shut down and people staying at home forever. Things have to change at some point and the Trump Administration thinks that â€œsome pointâ€ is by June. Thatâ€™s the â€œdeadlineâ€ by which he wants to get the economy back up and running.

But, will America be able to safely re-open the economy by June?

Larry Kudlow, President Trumpâ€™s top economic adviser, estimated that Americans could re-start the economy within the next four to eight weeks. In fact, the White House is already making plans after reports came in that the outbreak in New York may have reached a plateau. New York Governor Andrew Cuomo has said that social distancing appears to have flattened the curve.

Even though New York, one of the major epicenters for COVID-19, might be seeing a downward trend, other states arenâ€™t at that point. The peak outbreak situation in other states hasnâ€™t been reached. In some cases, like West Virginia, the pandemic is still in its infant stages.

Thereâ€™s a greater potential threat that COVID-19 poses. According to Director of the National Institute of Allergy and Infectious Diseases (NIH), Dr. Anthony Fauci, the coronavirus could be cyclical and pop up again as the seasons change.

The National Academies of Sciences hosted a panel to address the White House on April 7. The panel believes the coronavirus is likely to stay active during summer months, though there are uncertainties that need to be probed. This report analyzed several previous studies that tried to determine how environmental factors play into the transmission of SARS-CoV-2.

The panel found flaws in some previous studies, as well. For instance, one of them found some evidence that the coronavirus might be transmitted less in warmer and more humid environments. However, due to the current lack of immunity to the virus, the transmission rates may not be significantly altered.

If thereâ€™s one lesson to take away from the report given to the White House, itâ€™s that a second wave of infections might hit us during summer and potentially a third as we go into winter.

For now, social distancing and following CDC safety measures is the best we can do until a vaccine is developed. Wash your hands regularly, wear a mask in public, and stand six feet apart from others if possible. Still, if COVID-19 turns out to be a seasonal phenomenon, that could delay a potential economic re-opening.

Poll: Will the Economy Reopen by June?

There are still many factors that need to be researched before determining how the virus behaves in different climates. Researchers are scrambling to find an answer, and a vaccine while the White House is doing their best to keep America afloat during this crisis. Do you think the US economy will come back online by June?